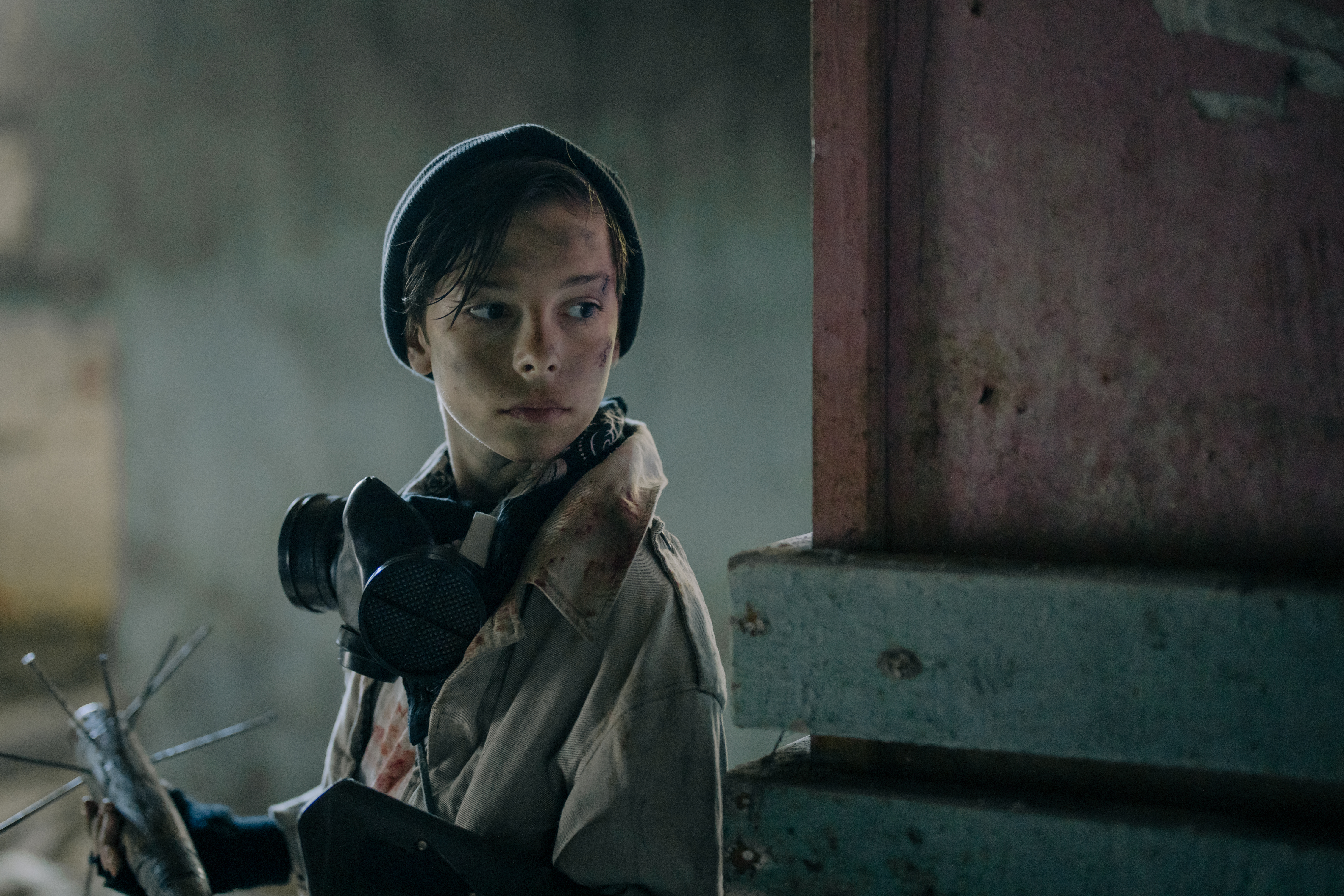 Mile seven occurs over the next twenty-six years of caving in Pettyjohn Cave. 1983 ended more active exploration and prospecting. Schreiber’s Extension is full of potential clients, mostly going up. The sounding followed the level of the creek and there are upper levels that are almost the length of the passage and few have been explored or sounded. Schreiber’s notes are full of comments on tracks and promotions to higher levels. The last lift from 1983 has been lost along with one from 1985. New discoveries have been made in recent years and I’m sure there are many more that are waiting to be lifted.

August 13, 1983 – Richard Schreiber, Ed Strausser, Wesley Sprunger and Pete Uberto completed the longest lift in one day, breaking the six-mile mark at station ZA111. They stayed with the creek pass the entire way, marking clues in their notes for future follow-up. At station ZA122 they stopped the study and explored the passage ahead. They then polled ZA122 back and forth. They didn’t make it to the end of the Schreiber Extension, I guess it was completed on August 20, 1983.

August 20, 1983 – Richard Schreiber, Bill Putnam, Wesley Sprunger, and Pete Uberto mapped 398.3 feet as recorded by Marion O. Smith in the 1991 GSS Bulletin. This survey book is lost, however, I was able to make out some of the station numbers and notes from the Schreiber cave plot at the end of the Spread and I think it was this survey. The recorded data was taken from the plot and a subsequent survey. After completing the survey of the sinkhole, they inspected the passage of a creek heading east of Schreiber’s Extension until the passage became too low.

March 9, 1985 – Richard Schreiber, Pete Uberto, Mike Singleton, Alan Cressler, and Melissa Hyde mapped 582.4 feet as recorded by Marion O. Smith in the 1991 GSS Bulletin. This survey book is also lost. I have not been able to find any clues as to where this study was carried out in the cave.

Alan provided the following from his notes: “03/09/85 mapping trip with Richard Schreiber, Peter Uberto, Melissa Hyde, Mike Singleton to the upstream section above the waterfall. We mapped about 600 feet with about half in a cave virgin. Still a lot of tracks in that section. Very muddy. 8 hour trip.”

March 21, 1987 – Hubert Crowell, Roger Garratt, and Mark Gramlich made their first mapping trip at Pettyjohn Cave. This study covered the entrance to the Autograph Room which had already been mapped. However, 98.51 feet were gained at the bottom of the Autograph Room which was not previously measured. The survey ended with some airflow and evidence that someone was digging at the end. This place is very close to the passage that leads to the Volcano Room, so close that you can clearly speak to someone in that passage.

August 22, 1987 – Hubert Crowell, Roger Garratt, and Buddy Davis surveyed the Northeast Creek Pass to a series of large tall domes. The discovery of the Crowell Domes helped expand the boundary of the cave to the east, where there has been a little-known cave. Part of this study was a new study, the section that was not available in the previous study notes begins with station ES18 descending 3 feet to creek level.

September 26, 1987 – Hubert Crowell, John Wallace, Mark Gramich, Roger Garratt, and Buddy Davis explored and surveyed the downstream section of the Northeast Stream Passage to a sinkhole. Although this had been previously surveyed, an upper level of the sump was added above the creek level.

September 23, 1989 – Hubert Crowell, Buddy Davis, and Roger Garrett surveyed through the Pancake Squeeze to the creek and then upstream. The only part of this survey that was not previously reviewed was the short stint through Pancake Squeeze. This is now the most popular route and avoids the Z curves.

November 10, 1991 – Jack Kipp, Buddy Welker, and Tom Moltz surveyed High Anxiety rediscovered on August 17, 1991 by Tom. This is located just before Schreiber’s Extension turns south. It is an eighty foot climb from the creek pass, also known as the Lost Hammer Pass. The room is large and reminded Tom of the Echo Room. There were two 3 foot high rock cairns stacked in the middle of the room. These were built by Jeff Dilcher and Laura Campbell prior to August 17, 1991. Jeff had to excavate the room from creek level to uncover the room. The floor is mostly large boulders and the roof had a thick calcite layer.

December 19, 1992 – Hubert Crowell, Gary Beasley, Rob Morgan, and Doug Dewitt re-surveyed the Signature Room to obtain vertical data for cross sections. Two small areas were gained that were not in the original study. A small hole near the entrance to the Signature Room, located next to a small depression that you can fit into. I used to love taking a bunch of kids into this hole and as we gather in the back I tell them to turn off the lights and shut up. As each new person gets into the hole, the same message is passed on until everyone gets into the hole.

There is also a small pit at the back of the room, Doug’s Pit, a small clue to the bottom of this pit was later inspected almost directly below the cave entrance.

January 16, 1993 – Hubert Crowell, Buddy Davis, Mark Gramich, Rob Morgan, and Doug Dewitt re-surveyed from the main entrance room to the Volcano Room to try to resolve a seventy-foot vertical error in my survey data. In the process we mapped some passages that were new.

March 29, 1999 – Scott Carmine and Tom Moltz surveyed a passage previously discovered by Scott above the Emerald Pool. At the top of the Pole Climb, they made their way through a 3D maze like breakdown and began surveying to the southeast. They stopped at the edge of a large breakdown room more than fifty feet wide and fifteen to thirty feet high. There were more clues than they could explore on this trip. They would return nine years later to complete the survey and map.
The survey resulted in 137.88 feet of THC from new cave. Total lift now 36,352.36 feet

September 7, 2002 – Scott Carmine, Damon Keys and Tom Moltz inspected the end of Schreiber’s Extension. Scott and Tom dug a ten meter long trench to drain the water level at the end of Schreiber’s Extension in November 1998. Scott returned the following weekend with Keith Minor to check the water level and pushed through a passage of water one foot high with six inches of air space to extend the south end of the cave another 464.50 feet THC For a total survey of 36,816.86 feet.

July 19, 2003 – Scott Carmine and Tom Moltz inspected a newly discovered passage found by Damon Keys, Scott, and his wife Kristin Carmine on a previous trip. The Fractured Dome Passage was found in a dark squeeze in a small creek at the end of the Anastomosis Room. The last survey shot of the day was just beyond Fractured Dome and marks the seventh mile mark plus 4.06 feet.

The topography of Pettyjohn Cave has been very long and confusing, especially the seventh mile. During the reconstruction of the survey history, parts of the new surveys were only used when it was certain that the passage had not been previously surveyed. Minor side shots and notes on extended unmapped tracks were not included in the data.

We are missing 582 feet of sounding somewhere in Schreiber’s Extension that will one day be rediscovered and re-sounded. I am also told that there are two thousand feet of trunk passage waiting to be inspected as well.

The survey data pdf file includes all the new survey information I have with notes on what was used. The raw survey data for the seventh mile is available in pdf format on my website. 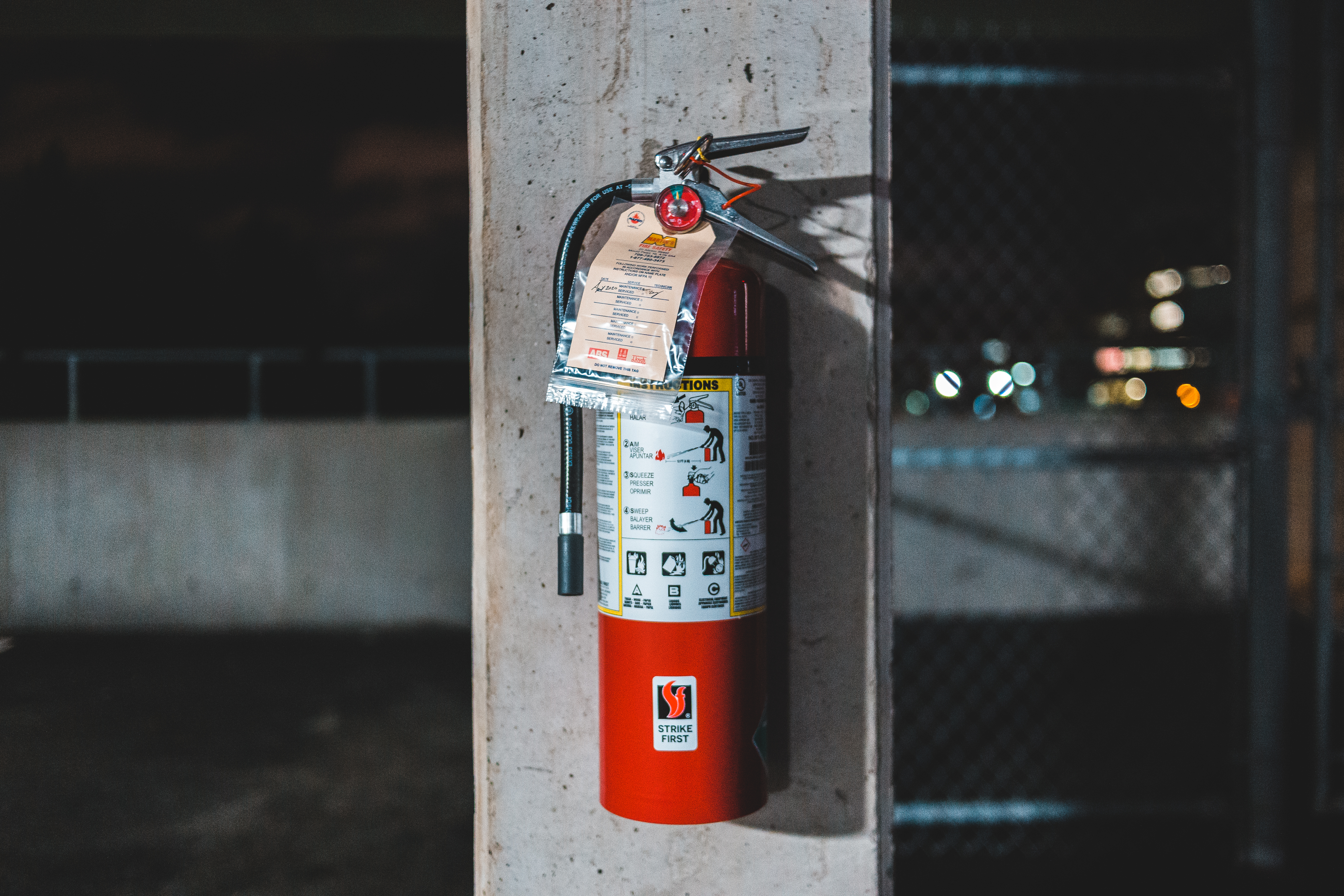 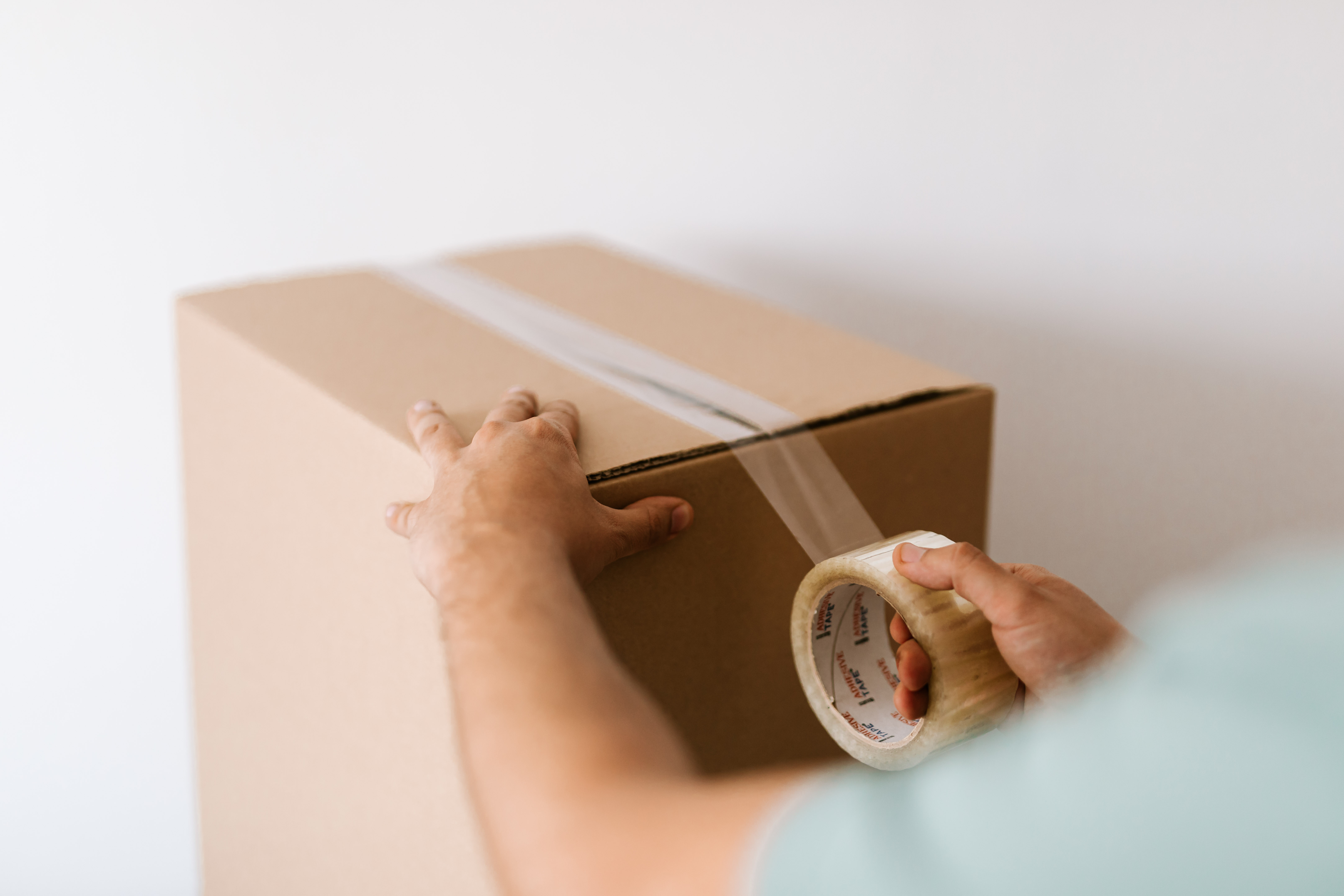 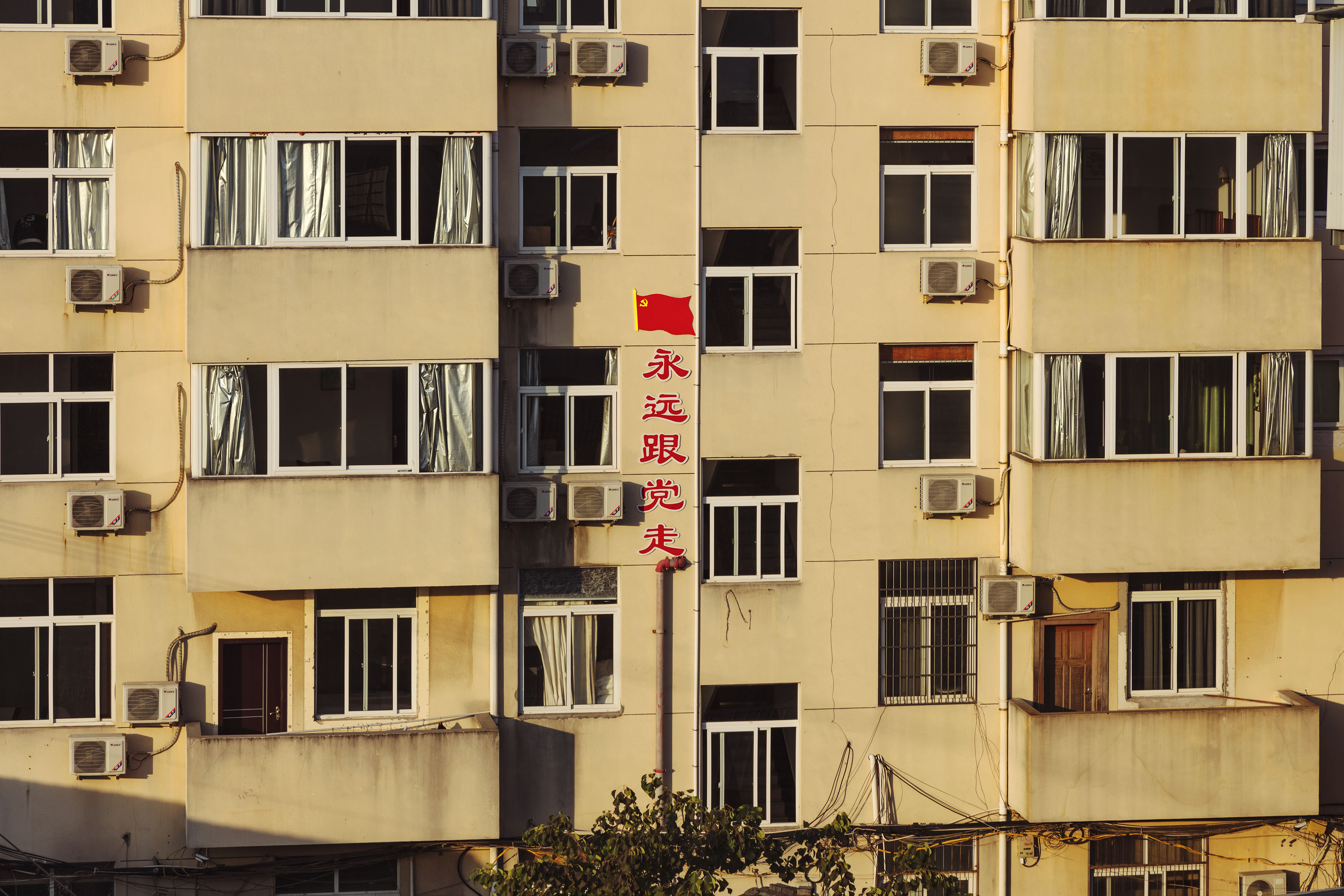